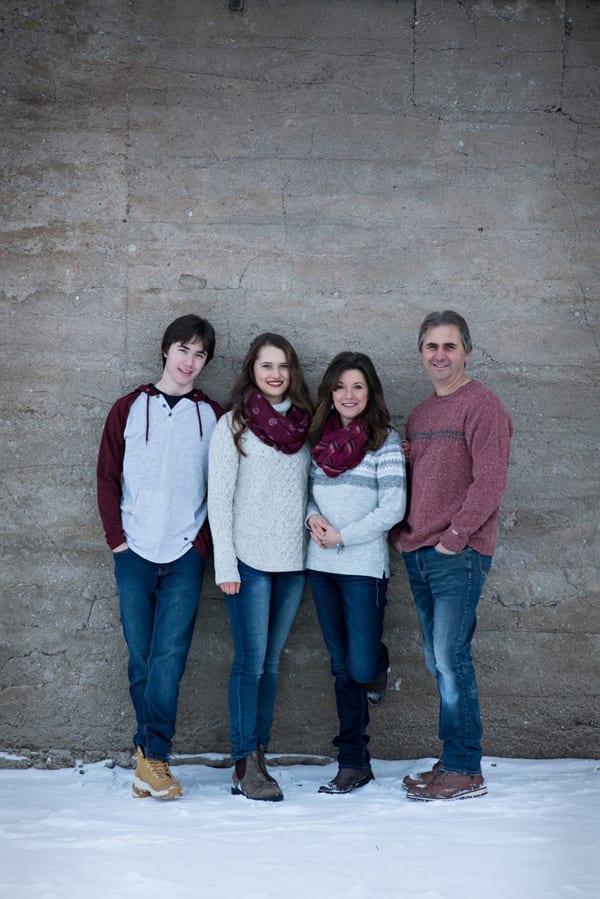 After 70 years in the Hamilton Family, Pine Vista now has new owners. In 1945 Walter and Alma Hamilton built 4 cottages and began renting as Hamilton Cottages. In 1968 their son Vernon and his new wife Bonnie purchased the cottages from them and eventually changed the name to Pine Vista Resort.

For the next 48 years we have  grown the resort to a four star, four season  property with 26 cottages and a seasonal campgrounds.  We are proud to say it has  become one of  the most successful cottage resorts in Ontario. We are also honoured to have created a venue for several  generations of guests and  their families to spend their vacations and create lasting memories.  Our children all worked here and  played their part in this evolution however have chosen other careers so the Hamilton name has come to the  end of an era at Pine Vista.

19 years ago, Kevin Drain joined our staff, however he had been a neighbour, part time employee  and a close family friend since he was a small boy. He started in maintenance and worked his way  thru all areas including Managing the Resort  for the past few years.

Our whole family is now very happy to let you know that Kevin & Julie along with Darrell & Susan Drain are the new owners of  Pine Vista.

Kevin  and his wife Julie (pool aerobics instructor) , daughter Holly ( pony rides & Winter horse drawn sleigh rides) and  son Matt are looking forward to being the new family of Pine Vista.   Co-Owners  are Darrell Drain, a lifelong local businessman and his wife Susan , Percy & Jean Little’s daughter who  grew up next door to the Resort.  They have all been lifelong friends of ours and share the same values that have been instrumental in the growth of Pine Vista.

We know you join us in welcoming them to this new chapter and wishing them much success in the future.

It is a bitter sweet time for Vernon and I as well as our family  although we will take so many good memories with us, and we  are very happy for Kevin. He has been an amazing Manager who shares our vision for this beautiful property and is very excited about this new opportunity.

Thank you for your many years of support for Pine Vista Resort.

Pine Vista began as Hamilton Cottages in 1945 when Walter Hamilton, a carpenter and his wife Alma, a teacher, decided to supplement their income by building rental cottages. Over the next five years, four cottages were built around their home on the shores of Gilchrist Bay on Stoney Lake. They included Pinerest, Hilltop, Lakeview and Holiday Ranch. Guests at that time consisted of drive in American fishermen who stayed for one or two weeks to enjoy the lake and fish the bountiful waters for Pickerel, Bass, Muskie & Panfish.

In 1968 their son Vernon and his new wife Bonnie purchased these four cottages from his retiring parents and shortly after named it Pine Vista Resort.
It was basically a small, seasonal fishing camp managed by Bonnie with Vernon doing the maintenance during spare time from his real estate career. Due to high U.S. unemployment during the 1970’s the resort began attracting families from the Toronto area, many of whom didn’t fish. By the mid 1980’s they had purchased the adjoining White Oaks (now The Homestead) and Hideaway as well built Algoma and Upper Stoney, giving a total of eight housekeeping cottages. At this time they felt there was a demand for more upscale housekeeping accommodation with many recreation facilities. A place that would be enjoyed by families and couples, as well as those fishermen who wanted some additional comforts.

With this in mind a 10 year plan was drawn up. Stage one, was to renovate and modernize the existing eight cottages. Then in 1987 The Pines and Beachview buildings were built. They were considered luxury accommodation in those days with their whirlpool baths and fireplaces and would play an important role in building the couples and family markets. At about the same time Pine Vista’s very successful children’s recreation program began. Believing that children basically decide the family vacation, they endeavored to make their time at Pine Vista something very special. This was rewarded with a very high repeat family business in the Summer which continues to this day.

In 1989 the Treetops building was added. These four new deluxe units with interiors similar to the Pines and Beachview brought the resort to 18 accommodations. Pine Vista ran with those for nine years continuing to make yearly improvements to the accommodations and grounds. The very popular heated pool and outdoor hot tub were added in 1992. By this time the resort with its new fully winterized accommodations had expanded to a nine month season from April – December.

In 1998 the office/gift shop was completely gutted and converted into Lower Stoney, a beautiful wheelchair accessible deluxe two bedroom. With this a new three year project in the form of a 7000 sq.ft. Welcome Centre was initiated. The building included an office/gift shop, games room, indoor hot tub/showers and laundry/housekeeping facilities on the main floor which were all completed in the first year. In 1999 the top floor was finished with three 2 bedroom, 2 bathroom Superior Suites. Named the Kawarthas, they featured air conditioning, dishwashers and a 2nd television making them the most luxurious accommodations on the property. A meeting/social room was also added and the resort began to attract small groups. The year 2000 saw the completion of the Welcome Center project with a beautiful games room, exercise and massage room on the lower floor. These indoor facilities added to guests enjoyment and helped build a winter business. The resort would now become a year round operation.

In 2002 the original White Oaks cottage was re-located and two new three bedroom, two bathroom Superior Cottages were built on that site. Named the Maples and White Oaks these two are now the largest and most luxurious accommodations on the property. The original White Oaks (now the Homestead) cottage which had much history on the property was placed on a new foundation and completely renovated and updated in late 2002. It still features the original floor and ceiling boards and has lots of space and character. After being rented long term for the first year it became available for daily and weekly rentals starting in February of 2004.

Pine Vista Resort is now renting Heritage Manor as of 2008 for a total of 25 accommodations. We continue to do yearly renovations and upgrades on the accommodations to ensure they meet or exceed our four star grading and more importantly our guest expectations.

The resort also consists of 25 seasonal campsites. Started back in the 1970’s it too has transformed, now with modern, fully equipped trailers and landscaped lots. Many of these campers were originally guests and consist of Semi-retired or young retirees.

This is an overview of the evolution of Pine Vista Resort from 1945 to the present time.  It is currently owned and operated by Kevin & Julie Drain and a small carefully chosen staff.